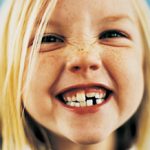 Chispa has been growing adult teeth for the past couple of weeks. Well, I guess technically, she’s been growing them longer than that, but now they are coming THROUGH. I always wonder if it’s better or worse, cutting sharp dog teeth, or dull human teeth. I have to think that cutting SHARP teeth is better than cutting, say, a molar.

In any case, it’s been interesting to note the changes in her behavior as those teeth have come in, particularly on our morning walks at the trails near my house. Most mornings, all six dogs get piled in to the van for the 3-4 minute drive to the ponds, for a 45 minute or so off leash walk. They also get to swim during this walk, making it a great bit of morning exercise for all of us. Up until recently, Chispa has hung out pretty close to me, and of course that got reinforced heavily. I rarely recalled her, but when she was already running at me, I would call her name, and then reinforce her with a cookie as she got to me. And then typically, she would hang out for more.

Recently, though, a few changes have happened.

One of them is that now, when she sees the other dogs running back down the trail in her direction, she does the classic Border Collie clap to the ground to stalk them. All of my border collies have done this at SOME point. None of them have done it as little puppies, but they all do it at some point. Usually, I’ve waited til that point to bother with teaching a formal down; after all, why bother teaching it when I know they’ll offer it at some point? I have started teaching Chispa a down, by the way. But it’s only recently that she’s started offering up that particular behavior on the trail, stalking the other dogs.

Chispa is also ranging a bit further down the trail, choosing to run hard with the pack a bit longer before coming back to me, IF she comes back. Again, there’s no problem with this, it’s just something I’ve observed. But, I have also noticed that when she does come back, her mind is still on the pack of dogs up ahead. She doesn’t come all the way in as readily, and she’s wanting to do drive-bys where she grabs for the cookies and goes, instead of a nice stop for the cookie, and maybe hanging out to see if I’ve got MORE.

Also, this morning, I made the mistake of….reaching. Oh boy. I reached, and she danced OUT of reach. Ooops. OK, I know what I need to do now!

It’s back to THE COLLAR GRAB GAME for us!

After that first mistake of mine, I was careful to give her multiple cookies when she came in. She’d come in, and as she was eating the first cookie, I’d put my hand in her collar. Then with my hand in her collar, I’d give her ANOTHER cookie. And then, I’d let her go off with a “go go go!” (no reason to not train that cue at the same time, right?). Pretty soon, she was coming in all the way again, AND, even coming in when I REACHED for her a bit, to come in to that hand with her collar and get a treat from my other hand. Phew! I just need to remember to shore that one up a bit; I’d been coasting because she’s been such a good good girl.

Of course, toward the end of our walk, Chispa and Solar found some food that had been left by some campers, and when I called Chispa…nope. She knew the game. So I first said “go go go!” loudly, which made all the other dogs explode down the trail, in the hopes that she’d drop whatever it was she had (a bone? toast? I have no idea) as she chased them. She chased them alright, but did not drop what she had.

Then I called her, holding out some treats. She came, but not close enough to let me reach for her or even give her a treat. Sigh. Whatever she had was good.

Finally, I sent all the big dogs down the trail again, and I ran after them, hollering excitedly. Finally, Chispa came tearing down the trail after us, without whatever she had in her mouth. Maybe she dropped it. Maybe she ate it. I hope if she ate it she chewed it. Needless to say, I’ll be keeping an eye on her to make sure she’s OK. And, I probably need better cookies than Charlee Bears for a little while, if she’s going to be putting stuff in her mouth on the trail (ANOTHER behavior that had gone away but is now back along with the emergence of her adult teeth).

Around the house, things have regressed a bit as well, and I’ve had to go back to working on some of the behaviors that we worked on when she was younger. Biting feet has come back. So, I sit at the kitchen table with my toes curled under most of the time now. And, I make sure to have at toy on hand or nearby. And, there are rawhide bones EVERYwhere for her to chew on, because I’m sure that those teeth coming in are a distraction for her.

It’s no big deal, really. She’s not being naughty, or willful, or any of that stuff. She’s just got teeth popping out, and teeth coming in, and she’s growing and learning that she DOES have choices, more choices than she thought. And so I need to be one step ahead, to remind her of the choices where I can pay her handsomely.

Along with her newfound bravery and exploration, she’s started swimming more and more. She’s a great swimmer, and much to my pleasure, does not snap at or take on water like Jester and Solar tend to do. She just cruises around like a newt in the water. I may have written about that before, I can’t remember.

This is pretty rambling, no pictures or anything! I’m working on step two of PUT YOUR TOYS AWAY, and will be posting video of that either later today or tomorrow. And then, that behavior will lead to another behavior and on and on and on!

I imagine some of you out there have puppies who are at a stage similar to Chispa, exploring some new found free will and independence.

My daily reminder is to enjoy watching her continue to explore her world. To dial back my expectations and roll back to those behaviors I worked on at the BEGINNING, to shore them up. I don’t really WANT a dog that is constantly underfoot. I want a dog that is brave enough to explore her world, make decisions, assess situations, and ultimately, work with me as a teammate solving problems – whether it’s herding, agility, obedience, or hiking. So, as the parental figure, I want to continue to promote that, safely, while at the same time maintaining those behaviors that I need (checking in, coming when called, not biting my ankles…).

Now, it’s off to order more socks that DON’T have holes in them from puppy teeth!