I’m still recovering a bit from the European Open trip to France with Frodo. Predictably, I caught a summer cold (it was my birthday this week too, so that was a nice gift). I was planning on heading to a local AKC trial this weekend, but (luckily, as it turns out) I forgot to enter in time, and so this weekend I had a chance to do laundry, be a little lazy, and enjoy some leisure time. Yesterday, I filmed a bunch of stuff with Chispa, only to discover that the lock switch was on on the SD card I was using. So…I filmed… exactly nothing. Such is the way sometimes with technology.

This afternoon, I set out to film again. Thankfully, this time, success! So, now I’m sitting on the couch in my living room, editing video on my laptop, or trying, and working on this post.

Chispa likes to be up on things. She likes to perch on the back of the couch, and the back of the adjacent chair. She doesn’t seem to mind being on unsteady or unstable surfaces, and for the most part, seems pretty undisturbed by anything. So, it was with interest that I watched her take note of the fan in the doorway as I was sitting down to write this post. Normally, I leave the front door open, with a fan, blowing cool air in from outside (there’s an expen to keep the dogs away from the door and the fan).

The fan itself has never bothered Chispa, but it’s off right now, and the wind occasionally catches the blades so that they rotate lazily. Chispa noticed, and didn’t seem all that keen on the movement. Nothing big, but I enjoyed watching her puzzle over it. She has rarely shown any fear or trepidation about anything – not to say it won’t happen, but when it does, it’s interesting to watch her think about it for a bit and then ultimately shrug her shoulders and move on. She moved on… 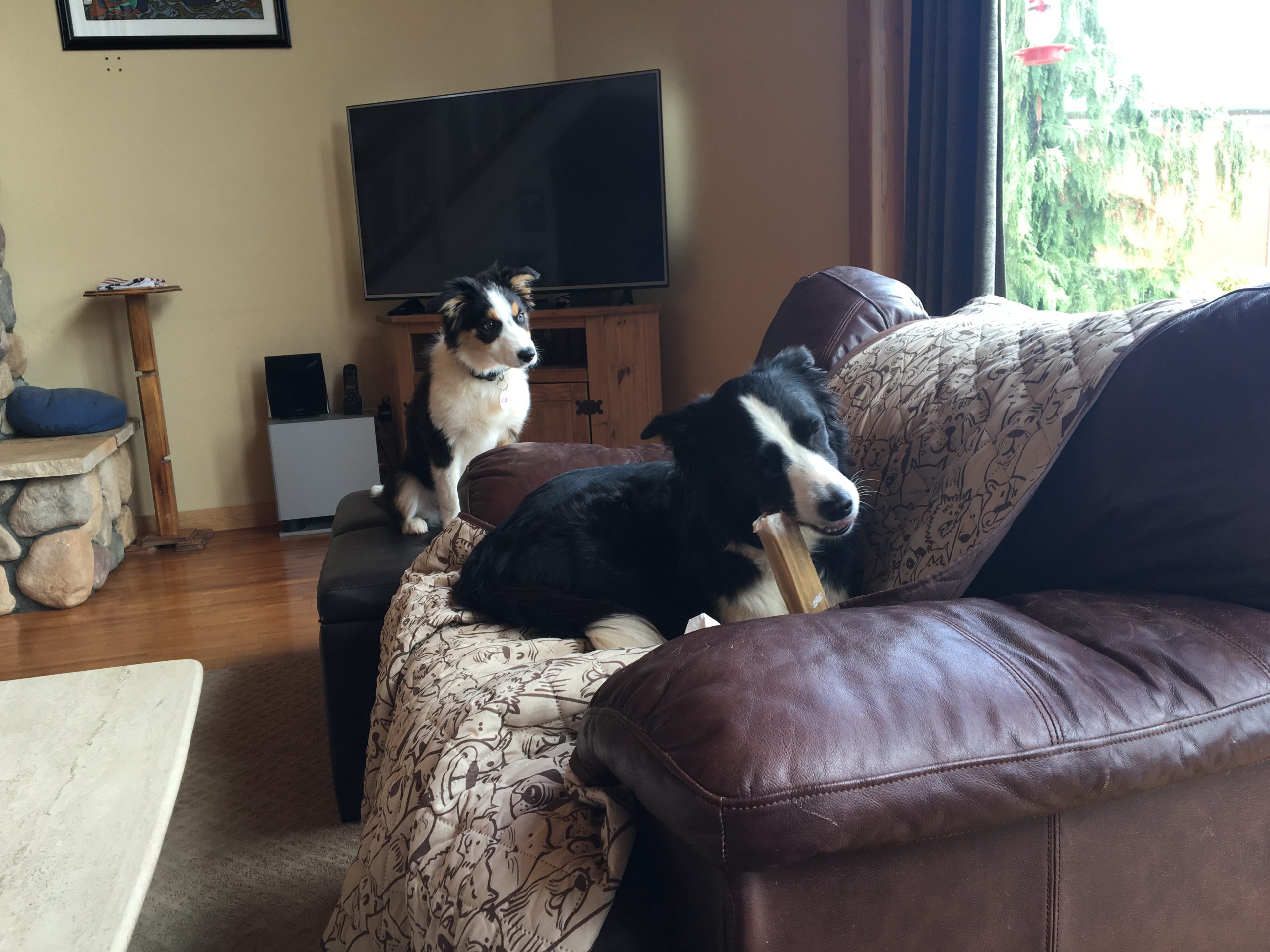 Step 2: Move in and look cute 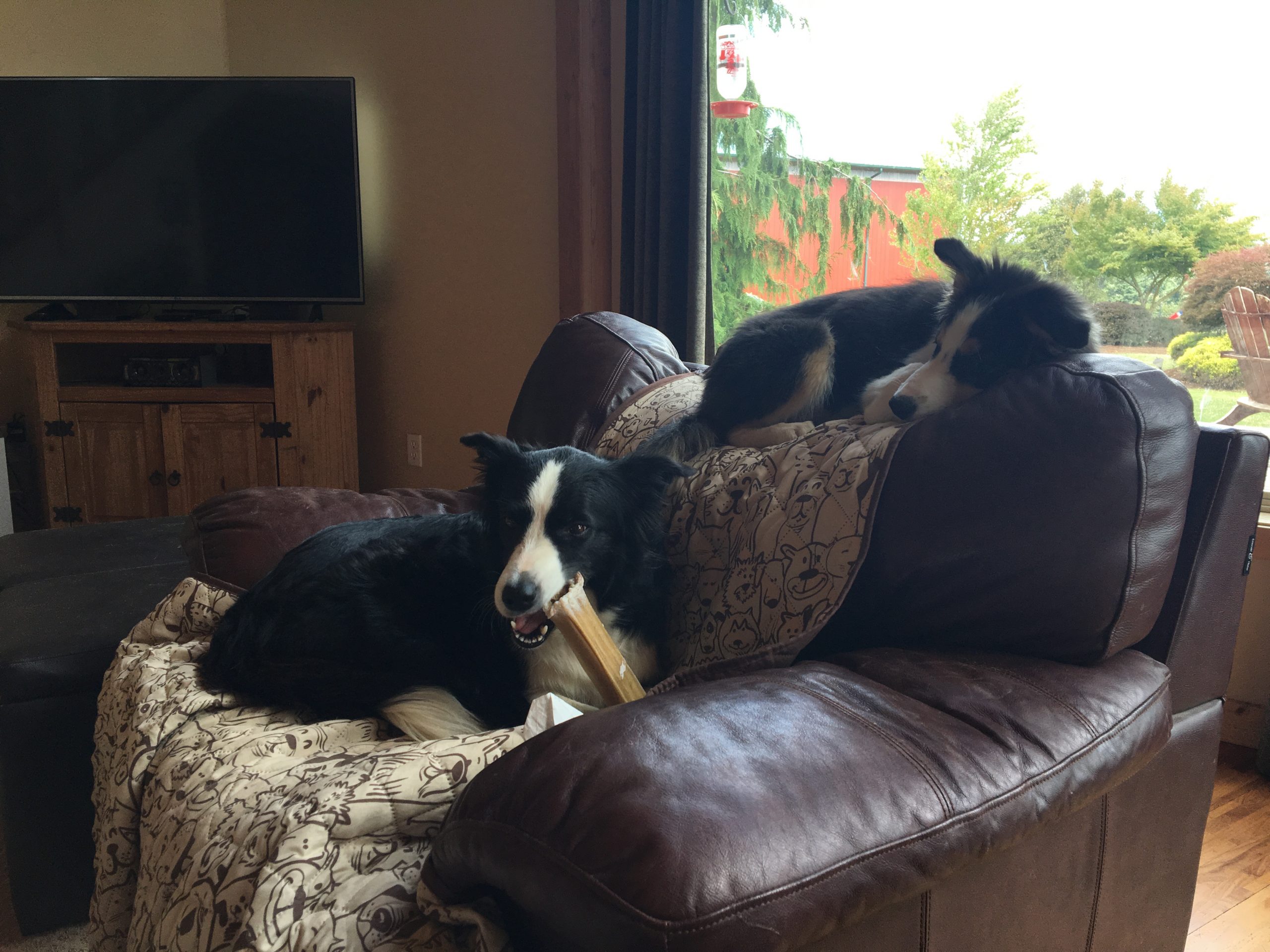 Step 3: Have some patience 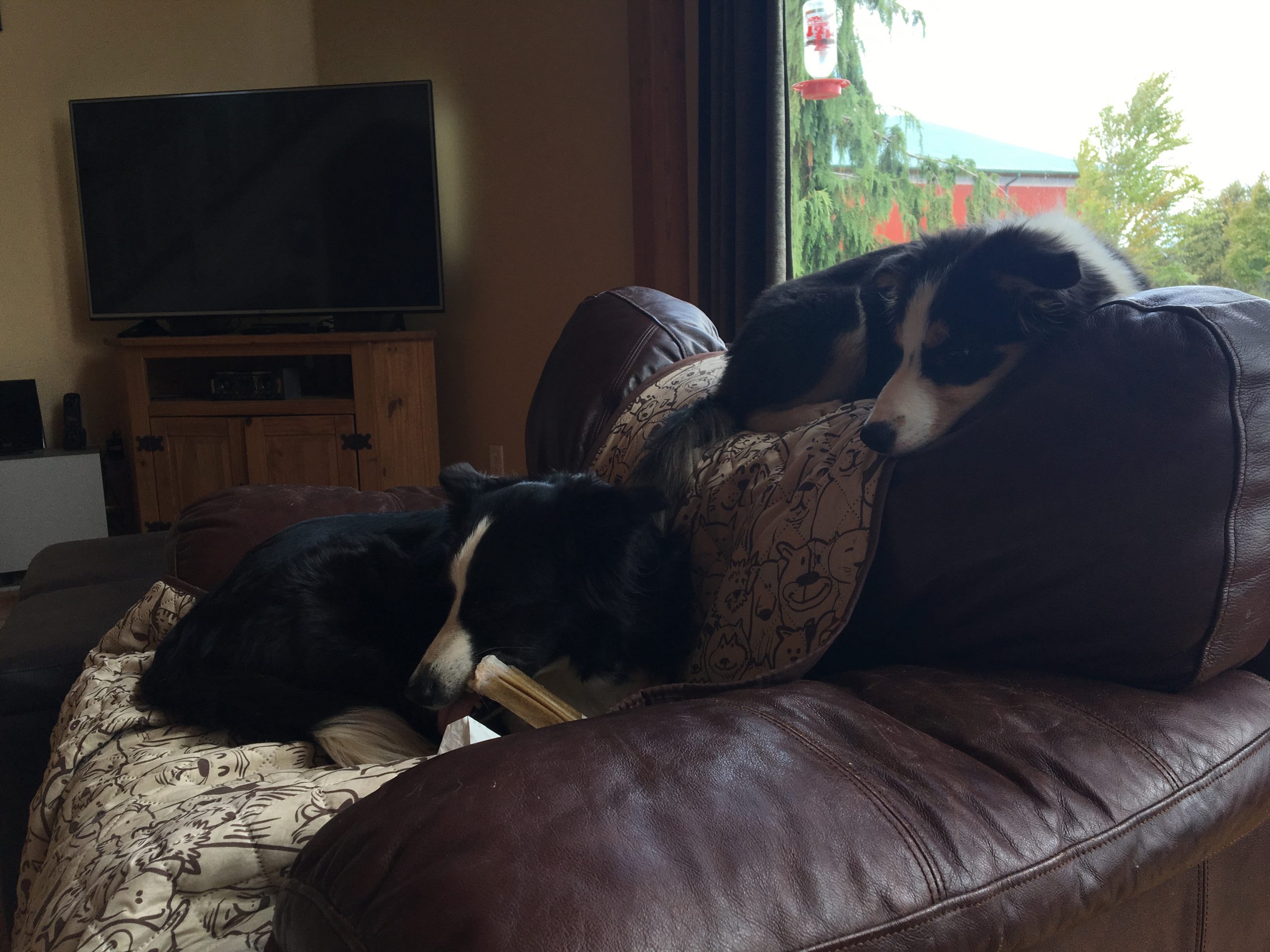 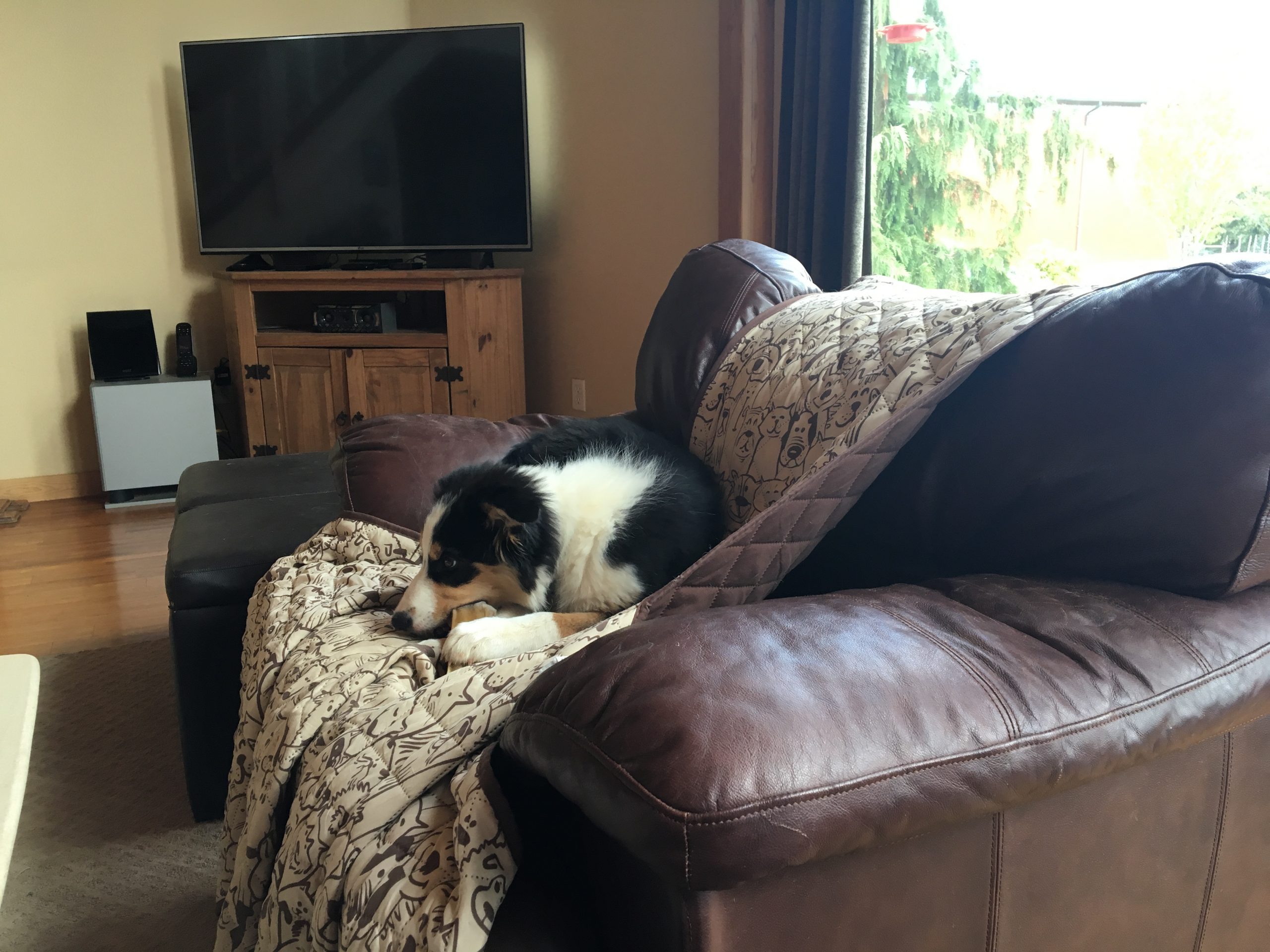 She’s officially cutting teeth now, so chewing is a little bit higher on the list of priorities. Thankfully she’s not chewing on ME so much any more, although she still likes to grab my ankles with her feet and follow me around with a toy in her mouth. I think it’s cute, and what harm could come of it? Famous last words…

Our training sessions are getting a little bit longer lately – she seems to want to keep playing, and with some of the behaviors, like the one I’ve included today, are varied enough that we CAN keep playing. But, it’s important to note that when a training session goes a little longer than the recommended 2-3 minutes, it’s not because I’m trying to accomplish anything. Rather, it’s because we were both having fun and lost track of time. I still always want to stop while we’re both wanting more! Today, I made sure that I used a small bowl to hold the treats for the training session, and when they were out, that was the end of the session. At least, the session on THAT particular behavior. I did switch gears, get more treats, and work for a few more minutes on ANOTHER behavior, that I’ll post tomorrow.

As Chispa is getting bigger, and has a lot of energy, she’s getting regular meals out of a bowl at mealtimes now, AND getting a lot of treats. Sometimes the treats are kibble, but mostly I use treats called Charlee Bears. I have no idea why my dogs like them; they’re the most boring treats ever. I’ve tasted them. Booooring. But they all seem to love them, and I’ve got a 3 gallon bucket full of them, in preparation for all of the training I’m doing with Chispa. They aren’t super visible on a light colored floor, so I have to make sure that she can clearly see where I’m tossing them (and if you can’t see the treats I’m tossing in my training videos, that’s why – they’re light!). They’re perfect for the dark floor of the arena, though, and work sufficiently well in the training area upstairs in the house. AND, they’re low calorie. So, I can use a LOT of treats and still be assured that there’s some calorie control. Aaahhh, calorie control. Could somebody please ration MY calories for me?

As Chispa gets older, I’ll be revisiting the behaviors I’ve already posted, giving a status update, in addition to the new behaviors she’s learning. If you’re in the puppy group, you should do the same, in the discussion forum!