Put your toys away – STEPS TWO THROUGH FOUR

Developing the Dance > Put your toys away – STEPS TWO THROUGH FOUR

Things got back on track fairly quickly with respect to Chispa coming when called. Today promises to be a scorcher, so I loaded up the dogs early, because I wanted to get a run in as well as a walk/swim. And, in preparation for working on Chispa’s recall, I left some of the more high energy dogs at home (Axel, the terrier, always adds to the mix, and Juno, who just got spayed, is on crate rest in any case). Having “only” four dogs on the walk is our idea of lower energy.

Also, I took fewer dogs today because I’m back on the wagon. The running wagon. Well, the shuffling wagon, more like. But since Chispa has only seen me running in very calculated situations (as in, short bursts of me running away so she can catch me, when I know she WON’T, because I don’t want to get bitten), I wasn’t too sure how Chispa seeing me jogging along was going to work.

I only got springboarded a few times. For the most part, we made forward progress! And then, during my cooldown, I managed to get some better pictures… 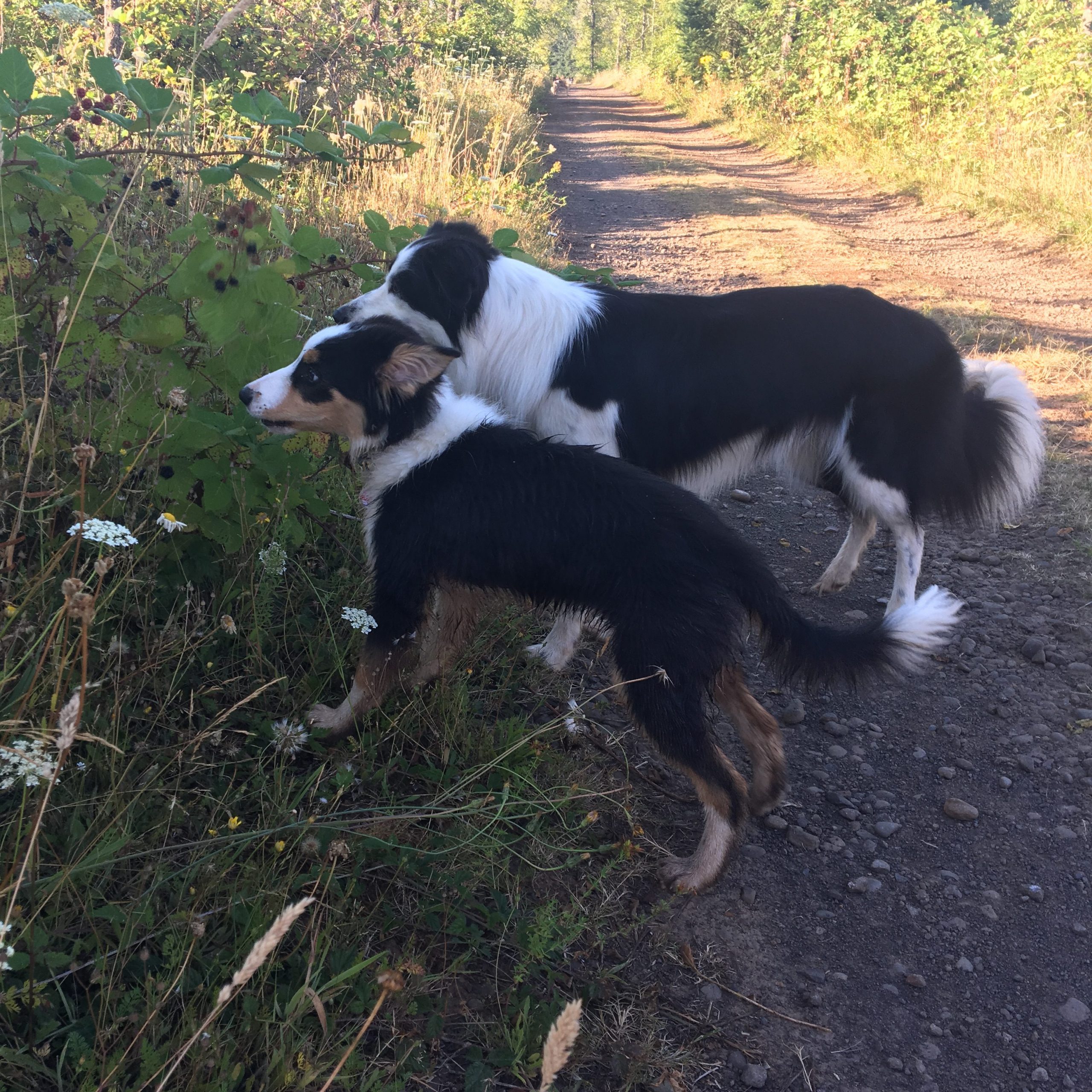 Chispa and Frodo eat some berries 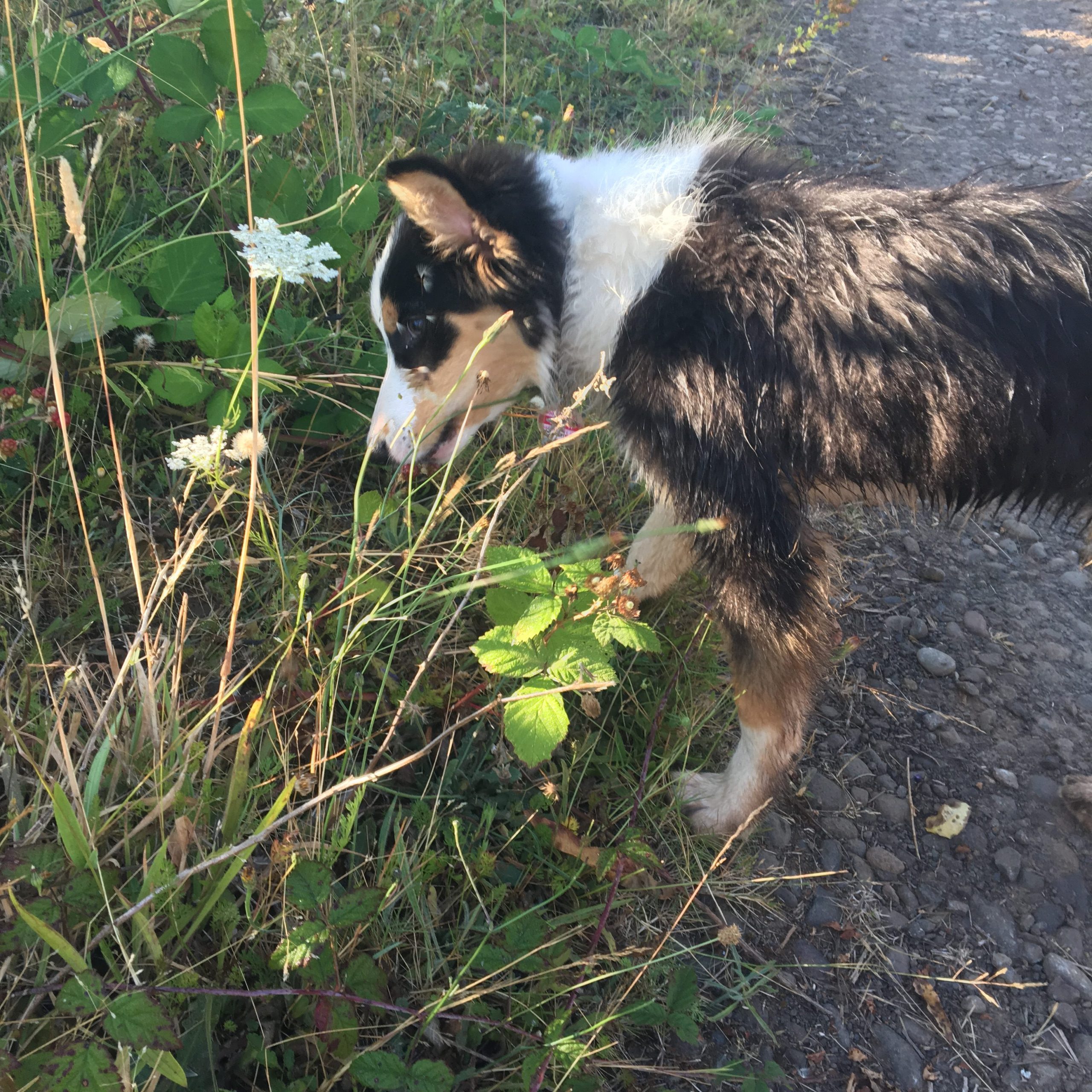 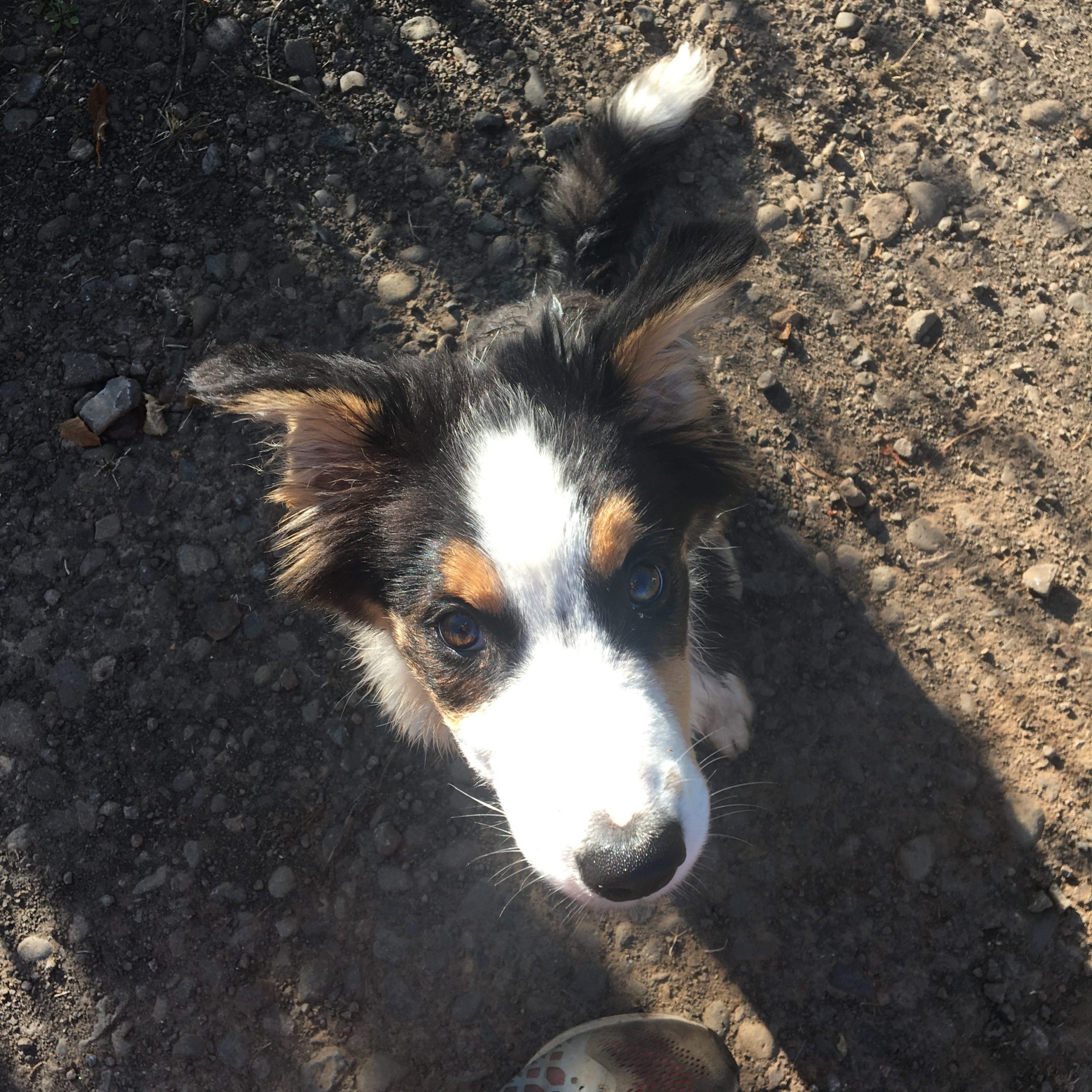 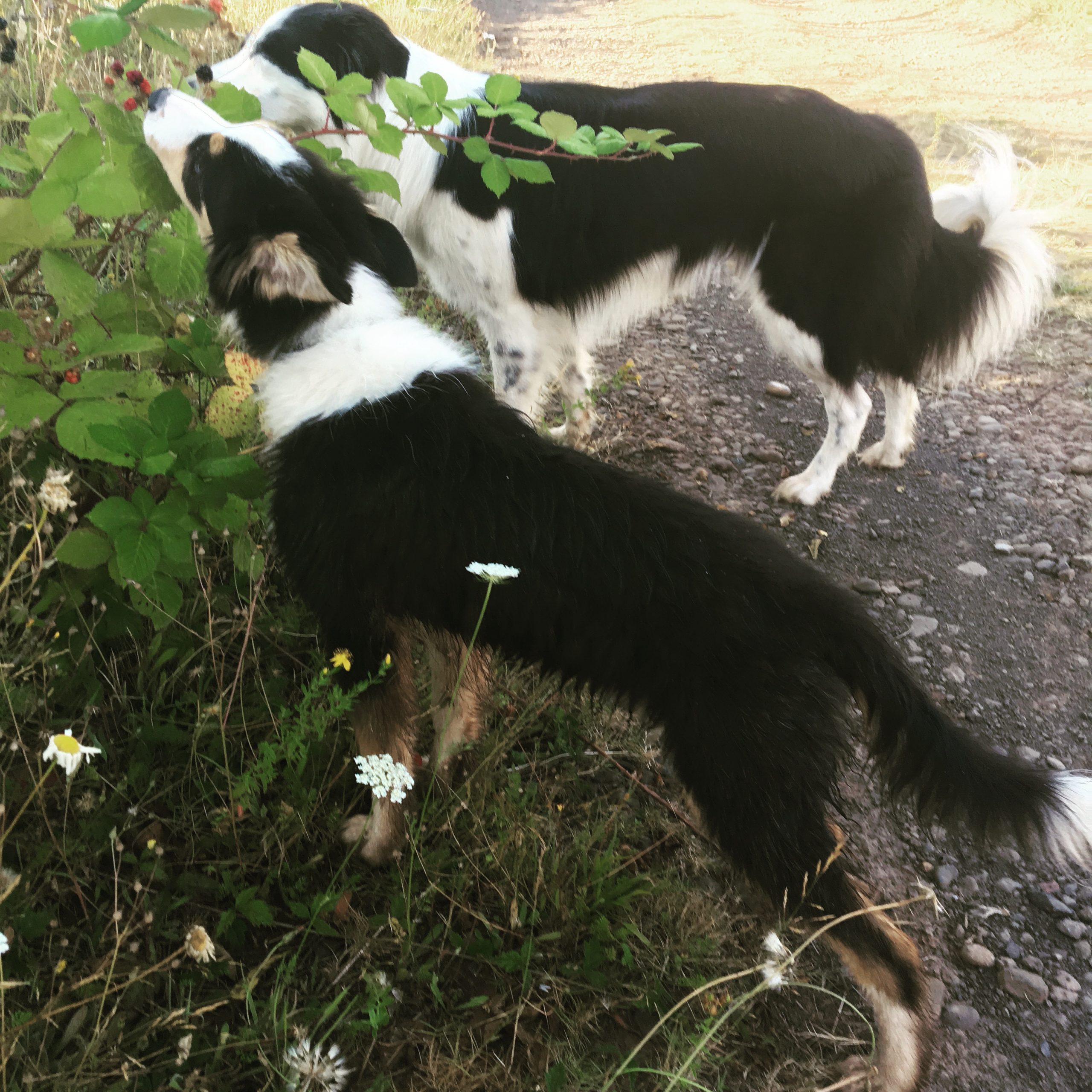 Before heading out to build courses for what will likely be my last UKI show for a while, I wanted to finish up the PUT YOUR TOYS AWAY trick that I started a few days ago. At first, when I went to do steps 2-4, I thought, “gee, this is going WAY too smoothly, Chispa is a genius!” And then, I realized, yes, she’s smart, and I certainly think the world of her, but really, this trick was more a matter of putting together pieces than anything else, so it’s only natural that they should come together rather organically. I didn’t include a handout back with step one, because I wanted to post the COMPLETED trick. I didn’t think it would only take three training sessions to teach! The videos that accompany the trick are ALL of the training sessions I’ve done on this trick, save ONE short session that I did yesterday – which I halted pretty quickly because I didn’t want the videos I did post to show a FINISHED trick with no rough edges, and I didn’t have the camera rolling. And of course, now that I’ve typed how quickly THIS trick was to teach, the NEXT one is sure to take 10x as long 🙂