Chispa swam a little bit more today at the ponds, this time after a thrown stick. No, I don’t throw sticks for my dogs! I just tossed it out on the water so she could swim out after it. I did work on having her carry a short stick at several points on our walk this morning; although she’s getting less mouthy, she still likes to run and JUMP up at me, and her darned puppy teeth invariably catch on my skirt or shorts and then get snagged, and then my bottoms start coming off, and I hear ripping, and, well, it’s just not something I’m interested in encouraging. Something else in the mouth seems preferable.

At one point, at another of the several ponds on our walk, I got all the dogs on the shore, Chispa included, and then with a “ready, steady, GO”, they all jumped in. Sometimes, in the flurry of excitement, the hesitant dog will get caught up and jump in as well. But, Chispa was not caught up in the flurry of excitement, and remained on the shore. I wasn’t too disappointed, because it was actually nice to see that she didn’t lose her marbles when things got exciting.

People have these things called mirror neurons, which are pretty interesting, and as far as we can tell, unique to primates.  Birds supposedly have a similar system, and there HAS been some research and speculation about whether dogs have mirror neurons as well, which would explain their ability to be so tuned in to our emotions and actions. Certainly, anecdotally, I’ve seen plenty of monkey see, monkey do around my house, and my guess is that most of you readers could say the same. 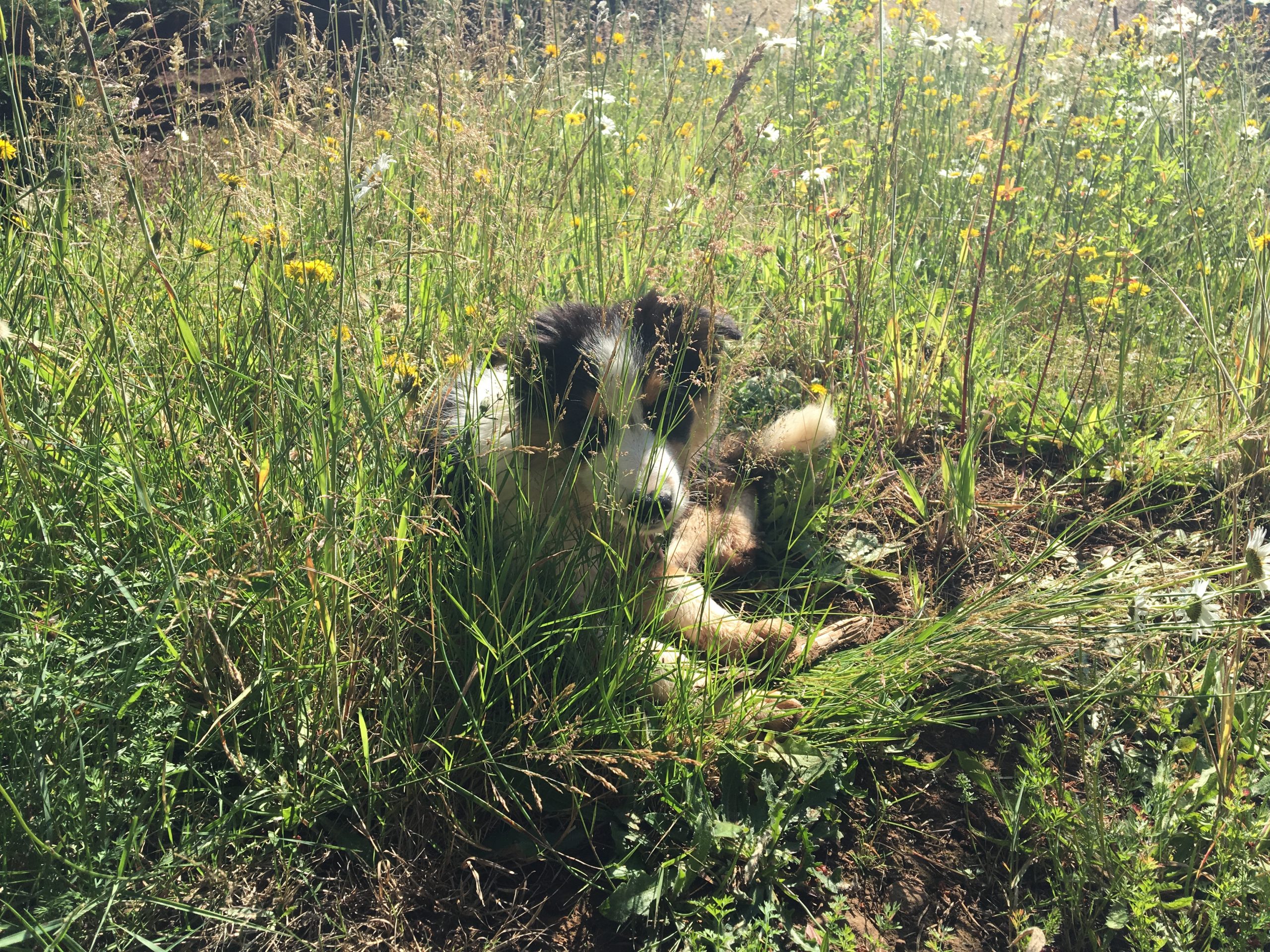 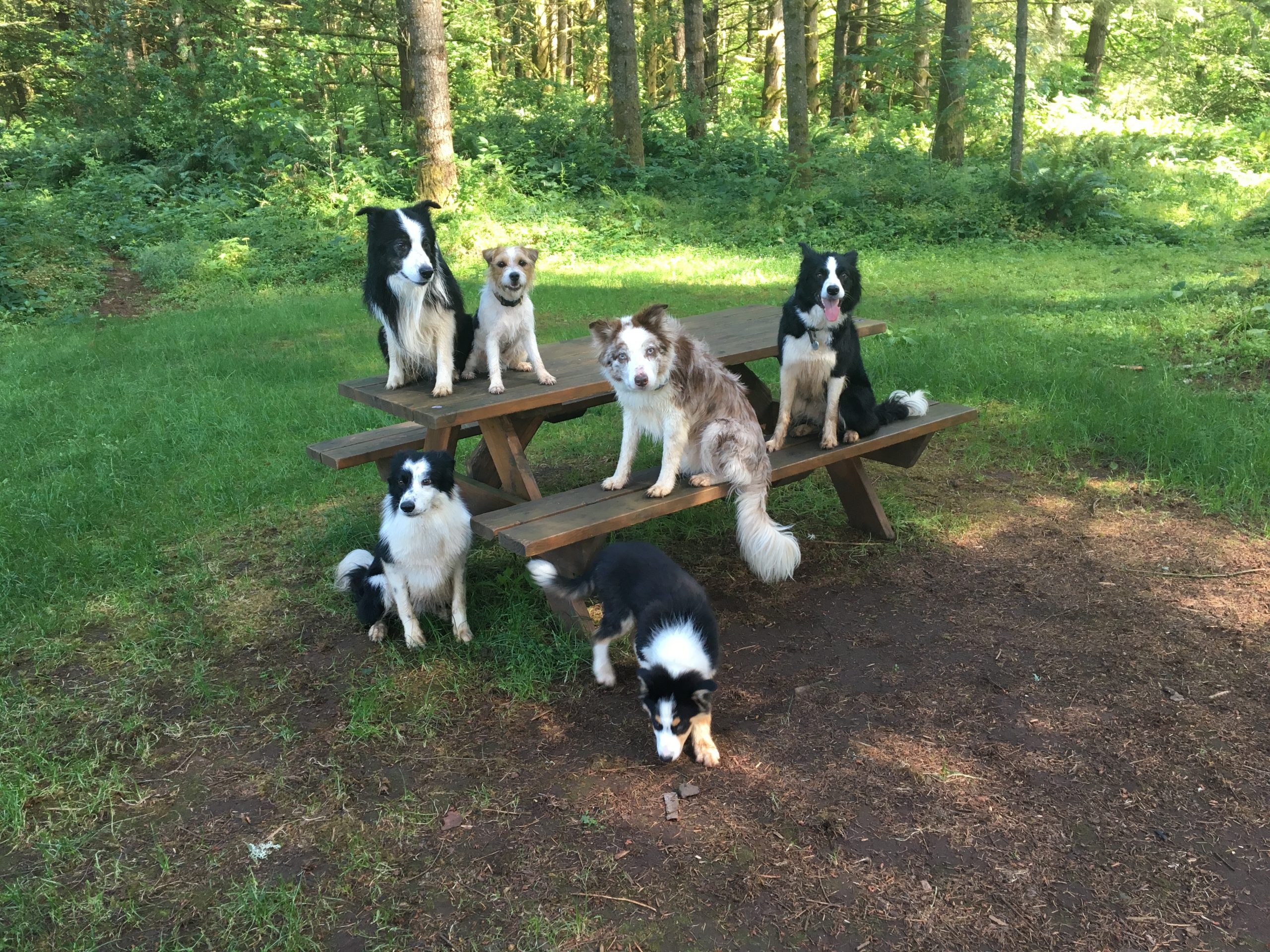 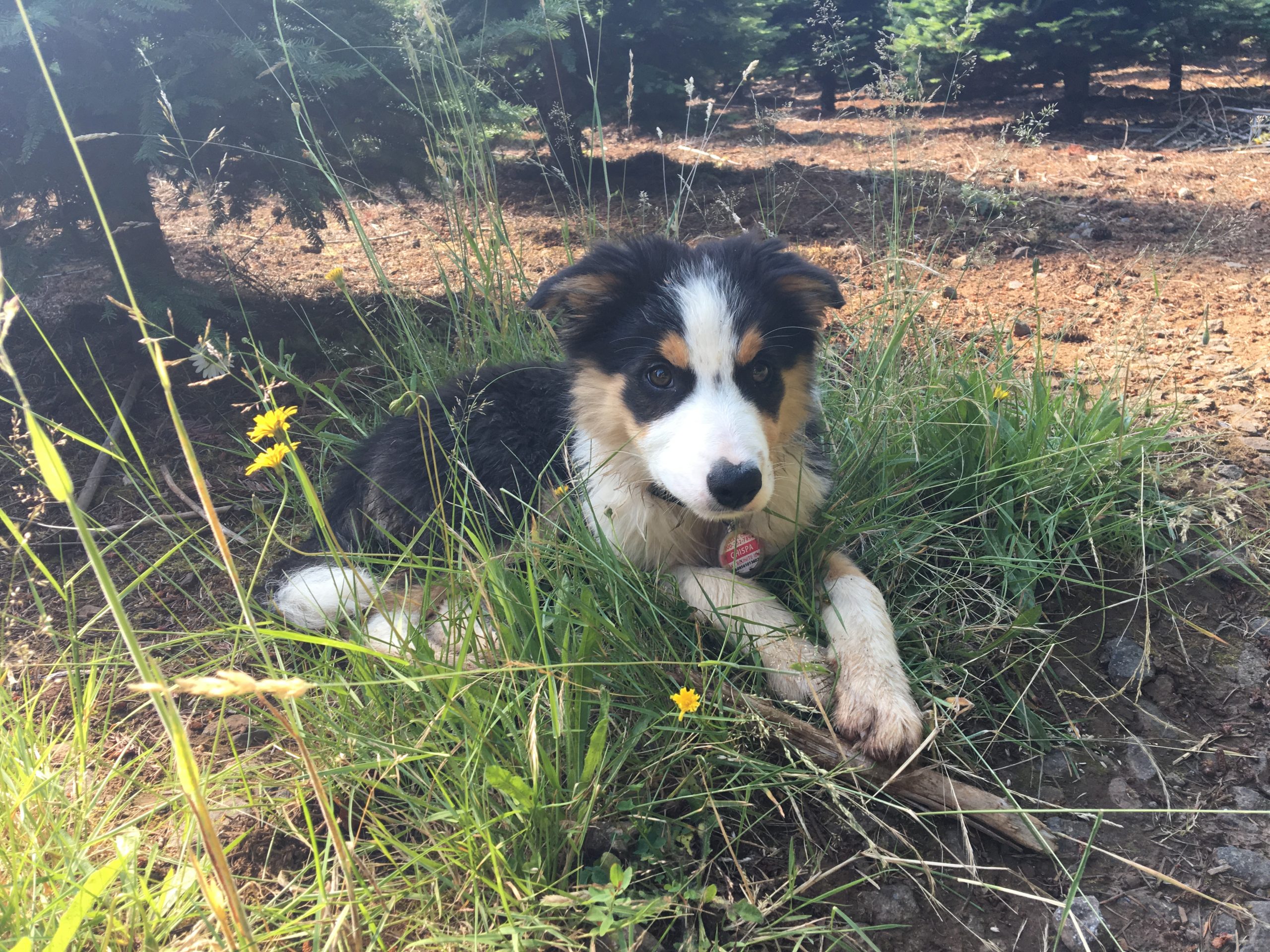 Chispa in the flowers

Anyway, today’s trick is one that I actually started at the show last weekend. Chispa came out at intervals to hang out near the rings, get some attention, and a lot of cookies. She’s pretty well nailed down the “sit for a cookie” behavior, and, when I don’t pay up, it has turned in to the “I will sit for a cookie and if you don’t reward me I will jump up and punch you in the thigh, and when you turn to look at me I will be in a very cute sit again” behavior. And of course, I reward it every time. Hooray!

Anyway, since she nailed that behavior, and I was tired of getting thigh punched, I decided it was time to work on another easy behavior. Easy in the sense that it was something I could do with her ringside, would pay out nicely, capitalized on behaviors she already knew how to offer, and was cute.