Four Feet in a Bowl/Box

Developing the Dance > Four Feet in a Bowl/Box

By now, if you’re a subscriber, and able to see the premium content (ie the actual behaviors and how-to instructions) for each behavior I’ve been teaching Chispa, you’re realizing that most of what I’m doing with her is nothing special. Yep, that’s right. I don’t have a secret magic recipe for an amazing puppy. If I *did*, you would never have seen me posting regarding my frustrations with Frodo, when he was a puppy! Of course, if I had had the heart and mind then that I have NOW, maybe you wouldn’t have ever seen any frustrations I had, because perhaps I would not have had them. Or at least, I would not at the time have viewed them as such.

One of the reasons I chose the name “Developing the Dance” for this blog series was to remind myself, as well as you the reader, that it’s more than just mechanics. It’s more than just practice. As with parenting, it’s about choosing your own path, taking the risk that what YOU feel is best WILL be the best, for your child. Sure, the broad strokes may be the same as the next person, but, the fine details are as unique as a fingerprint. The relationship you form with your dog isn’t necessary to teach behavior, really – any for-hire trainer who is skilled can teach behaviors. But, the reason that most of us participate in dog training is FOR the relationship. The behaviors we train serve as a framework of engagement through which we can better ourselves as trainers, and as PEOPLE. There’s a lot less RISK when it comes to engaging with a dog than with another human being; less risk of rejection, less risk of being made to feel inadequate. We don’t feel as vulnerable with our dogs – we feel like they know the REAL us, and forgive us for it anyway. 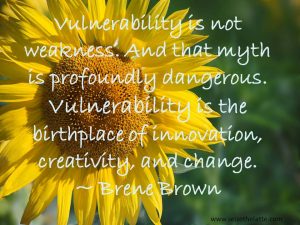 Even so, many of us, myself included, still feel vulnerable and inadequate when it comes to “accomplishing” behaviors with our dogs.

As soon as we put another person in the mix, whether it’s at a show, in a training class, a fun run, or just looking at posts other people share on social media, we almost instantly start to feel like we’re not enough.

We’re not fast enough, our criteria aren’t good enough, our puppies aren’t growing as fast, aren’t as obviously motivated…I *know* I’m not alone in this stuff!

Remember that one of the MAIN foci of this blog series was not necessarily the WHAT of training, but the HOW. To remind myself, and you, the reader, that there are no hard and fast deadlines when it comes to behaviors you MUST TEACH your puppy. There are few behaviors at this stage, that, if you DON’T teach, will spell certain failure down the line. The choice, ultimately, is yours to make, with respect to what you do or don’t teach your puppy. Even if you’re a first time puppy owner, and trying to follow things “by the book” – going to classes, and doing exactly what your instructor says – you have to realize that your instructor is only showing you a portion of all the possible behaviors you COULD teach. And, furthermore, of all the behaviors your instructor is saying you SHOULD teach, some of those may not be appropriate at this time for your particular puppy.

Ultimately, each of us, as individuals, are in charge of
the dance we develop with our dogs.

The realization that the responsibility is on each of us as individuals, ultimately, can easily lead to paralysis. We fall prey to that inner voice that says one or all of the following:

The second point quickly leads us to the realization that we CAN’T teach everything, unless we have nothing but time on our hands, and even then, the size of our puppy’s brain and belly will dictate the training that can be done. And so, both points involve the notion that if we DON’T work to teach our puppy every amazing thing we see, hear, or read, then we are doomed. Pressure and fear of failure follow, as well as feelings of inadequacy.

OK. Well, sure, it’s your responsibility. But, why would you want it any other way? This is YOUR puppy, YOUR dance. Yours. You own it. Your failures are yours, as are your successes. And even your failures are successes – they go in to the pile that is life, that is experience. I’m here as a “professional” I suppose, but my expertise will only go so far. The BEST canine/human partnerships are the ones where the parties involved have fully invested in the dance with one another, without (the human part) worrying about how they hold up to the standards of others. There’s plenty of time for THAT once you step in to the competition ring. But even then, the best performances are those that come from communication, that je ne sais quoi  that all the best teams have and can’t explain or describe the mechanics of. It’s a feeling, a willingness to experiment, to fall, to get up, repeat.

So, enough philosophy. On to some TRAINING! Sheesh 🙂 So much touchy feely, right?

Four Feet In A Box

Back when I first started this blog series, one of the first behaviors I worked on with Chispa was just a nebulous “play with a box” behavior. This behavior builds off of that. I’m still not finished with it; Chispa can only maintain this position for a moment, and has difficulty getting there. But every time I work on this behavior (which isn’t every day, maybe every three or four days), she’s a little bit better.

The videos below were taken approximately four days apart, and are shown in chronological order. You can see a bit of improvement in each. I’ll continue to work on this every few days as I can, although next week I won’t work on it at all, as I’ll be in France with Frodo at the European Open, and Chispa will be with a friend.